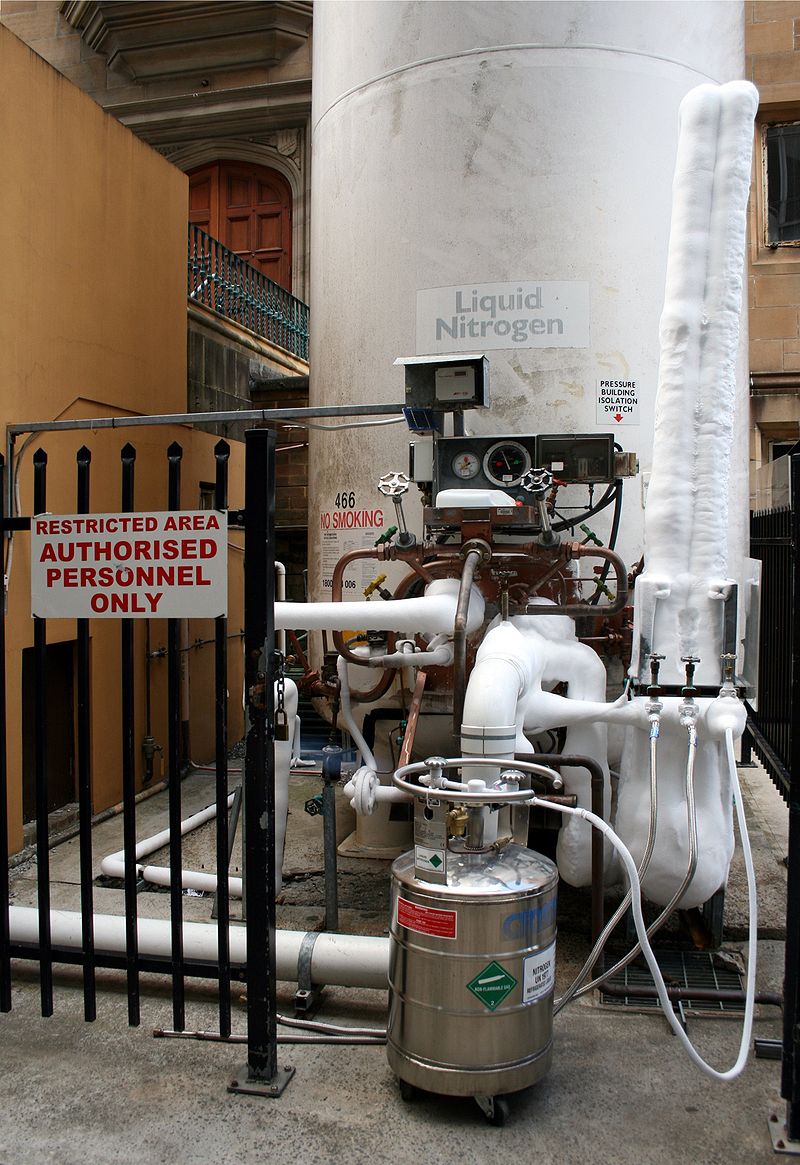 For years this was an easy question to answer…

Quite simply, electric cryotherapy chambers were a waste of money.

Ralph, So Why the Complete U-turn?

Well, until recently the electric cryotherapy chambers, were absolutely rubbish!

In fact, there are quite a lot of them still out there, and due to their high price, a lot of these cryo clinics will be unable to replace their outdated and useless piece of equipment, sadly.

They were sold a lie by the companies supplying them, that -85°C is cold enough, and it’s not. This renders them obsolete, the very day you buy it and not worth using.

This isn’t the first major issue either!

Next, is how long it takes to fire up these old electric cryo chambers! It used to take something crazy, like half a day! Yes, you needed to turn these things on the night before, you actually wanted to use them.

Whereas now, the best can be turned on in just 4 hours before you want to use it, this is a game-changer and I believe in time, this will be down to sub 1 hour in the next 5 years.

The human body responds to a temperature of –110°C down to -130°C. This may prompt the release of endorphins, activate the immune system, boost blood circulation and metabolism, detoxify cells, and activate healing processes.

The other great thing about electric cryotherapy systems is the fact that you can do around 100 sessions a day and you do not have to worry about running out of liquid nitrogen. Which I often find myself doing, due to the infrequent delivery cycles (every 6 weeks) in Cheltenham, combined with the logistics that I don’t particularly want more than 3 dewars on my property, as they take up a lot of space, then finally, if I was to install a 240 litre vessel of liquid nitrogen, I lose the side access to my house.

Though sadly the price hasn’t changed. These are a lot more than the liquid nitrogen cryo chambers, however rightly so, as they are a lot better.

If handled correctly liquid nitrogen is safe, however, there is no denying this is a very dangerous substance indeed, and I mean very dangerous.

You have been warned.

I personally have had some lucky escapes with liquid nitrogen and some not so lucky, where I have actually sprinted out of the room when the liquid nitrogen has behaved erratically.

Though I took care, perhaps I didn’t take enough care I appreciate, however it goes to show, just how much respect you have to give this substance, even when being very careful.

With an electric whole body cryotherapy chamber, you don’t have these risks, as you just turn it on, and off you go.

A big concern for me, was that staff might not be as careful as you, and if they ended up causing themselves severe injury, whilst checking Instagram! Who are they going to be coming after? Of course, you!

The 2 Aspects of Danger With Liquid Nitrogen

The first aspect is anything that comes into contact with liquid nitrogen becomes very cold, very quickly.

This can mean reconnecting, the connection pipes, and accidentally touching these extremely cold surfaces.

If using dewars (30-50 litre liquid nitrogen storage containers), moving these around as they don’t have a secure lid, you can easily spill liquid nitrogen over you or into the atmosphere.

Then the second aspect is that of inhalation of air, which has extremely low oxygen levels, as the liquid nitrogen has turned into nitrogen gas and displaced the oxygen from the air you are breathing.

You cannot see or feel liquid nitrogen, and it doesn’t take long to suffer the severely damaging effects, of a lack of oxygen.

Bear in mind I personally own a liquid nitrogen cryosauna and I sell these cryosauna’s, however, I want people to be fully aware, of what they are buying and to know all the facts.

Electric is Just so Easy

Nevermind the safety, electric is just so easy. In a nutshell, turn it on, wait 4 hours, and use.

No worries about are your liquid nitrogen deliveries going to turn up on time, as you got four football teams coming in over the next two days, plus another 50 people booked in.

None of the hassle of when the liquid nitrogen lorry arrives, of putting up all the health and safety warning signs, while also making sure someone is around to deal with all that.

Then there is the delivery cycle of liquid nitrogen, and it’s all a bit of a postcode lottery sadly. As if you are based somewhere near, to a liquid nitrogen supplier, great, life’s easy.

If you aren’t and are based somewhere like Cheltenham or Cardiff, hardly inaccessible small places, may I add, then welcome to six week delivery cycles. So when you run out, you run out, and there is no popping to Tesco’s to get a top up of liquid nitrogen.

Finally, you have to ensure that the large vessel is kept secure and away from others, with less altruistic intentions, shall we say! If you have dewars (the smaller vessels), then you need to be certain that these are in a safe and secure location?

Are They Going to Ban the Supply of Liquid Nitrogen to Cryotherapy Chambers?

However, having supplied these since 2017, I know first hand, the hassle we have had, with liquid nitrogen supply for our customers.

In fact, we have had to turn more sales away, than we made, due to the limitations of who can have liquid nitrogen, or more to the point, who can’t.

The regulations around the supply of liquid nitrogen also seem to be getting stricter and stricter. Though no official legal ban in the UK, I know it is getting harder and harder, for our customers to actually get their hands on liquid nitrogen, in order to fuel their cryotherapy machines.

Will the government make it illegal to supply small cryotherapy operations? Who knows, however, I wouldn’t be surprised at all if they do. This is why electric cryotherapy chambers as of 2022, seem to be the only way forward.

And if you can’t afford one, I would consider looking at some of the other amazing longevity devices out there. If you are looking for ideas, then visit The Longevity Clinic, where there is a central resource, of the top 20 longevity devices in the world as of today.

You are looking at a starting price of £75,000 up to £130,000 for the Rolls Royce of cryo chambers, for a single user electric cryo chamber.